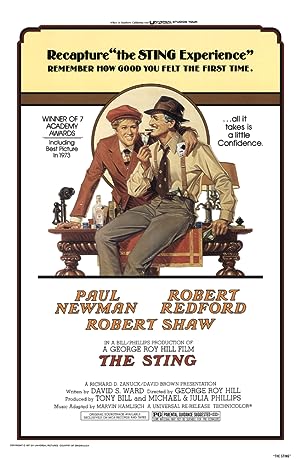 When a mutual friend is killed by a mob boss, two con men, one experienced and one young try to get even by pulling off the big con on the mob boss. The story unfolds with several twists and last minute alterations.